How to Put Backspin on a Golf Ball

The spin imparted on the golf ball can be your greatest friend or biggest enemy. Too much spin can cause loss of distance, aircraft searching high shots, or the dreaded slice leading to an expedition deep into the rough.

However, the right amount of spin will create a penetrating trajectory while enhancing the stopping power of the golf ball on the green, therefore it is important to know how to put backspin on a golf ball.

Drivers and long irons require less backspin to retain a low penetrating flight for extra distance. Too much backspin in this category of clubs will result in shots with a high trajectory and subsequent loss in distance.

Short irons require a high amount of backspin for a higher ball trajectory enabling the ball to sit on the green or even back up a little.

Professional golfers and some of the best amateur golfers can impart enough backspin to pull the ball back a substantial distance after it landed on the green. The risk associated with this is that you cannot control the distance that the ball will back up.

Controlling the amount of backspin imparted on the golf ball is a significant part of becoming a great wedge player.

How to Put Backspin on a Golf Ball – Complete Guide 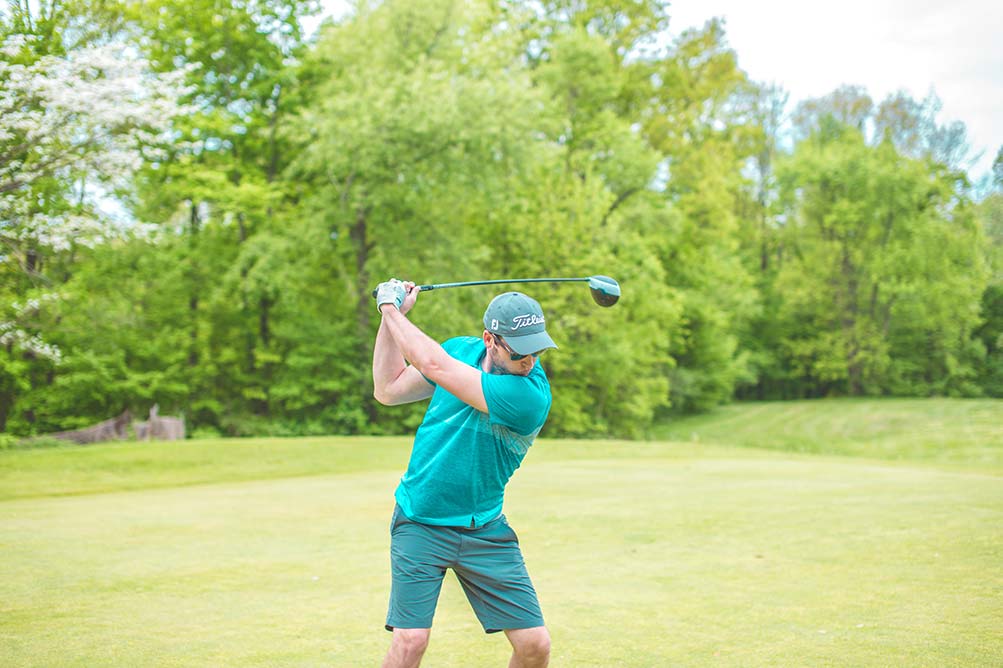 Factors that play an external role in the reaction to spin

Soft greens are likely to be more receptive to spin and result in the ball spinning back a significant distance.

Fast and hard greens are not receptive to spin and hardly any spin backward will be generated. You may be able to stop the ball sooner though.

Greens sloping from back to front are more likely to get the ball to spin backward while it is much more difficult to achieve backspin when the green slopes away from the ball’s location.

This article is aimed at providing pointers on what backspin is, the benefits of creating backspin, and how to generate backspin.

Backspin is the number of revolutions that the ball experience after impact. The forces involved in creating backspin are the clubhead speed at impact, the spin loft of the club head, and the amount of friction generated at impact. 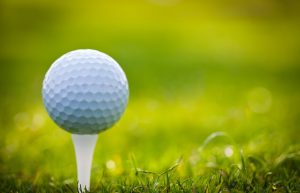 The amount of backspin determines how high the ball flies and how quickly it stops after landing.

The spin rate generated by a driver varies between 2,500 and 3,000 RPM depending on the shaft, clubhead, and ball that is in play. The higher the spin rate, the higher the ball is likely to fly.

Short clubs such as a pitching wedge and higher lofted clubs generate a tremendous amount of spin to enhance the stopping power on the greens. The spin rate can vary anywhere from 7,500 RPM to more than 10,000 RPM.

Why do you need Backspin

Backspin plays a significant role in most golf shots. Without backspin, the ball will not be able to lift into the air and remain in the air for a significant time or distance. 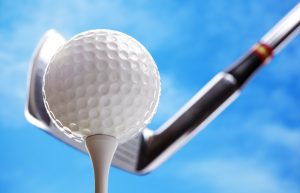 However, too much spin will push the ball high into the air resulting in a loss of distance.

To stop the golf ball on the green requires backspin. Some golfers have mastered the art of generating sufficient backspin to hit the ball past the flag and spin it back towards the hole.

This is ideal when the green is sloped toward the front thus leaving the golfer with an uphill putt.

How to Create Backspin

The three factors that determine the backspin are clubhead speed, spin Loft, and friction.

The clubhead speed is the speed at which the clubface impacts the golf ball. This is not the only factor that determines the spin rate. The clubhead speed of a driver is much faster than what you can generate with a short iron, yet it produces a lower spin. The reason for this is the next factor, spin loft.

Spin loft can be described as the angle created between the Angle of attack to Dynamic loft of the club at impact. 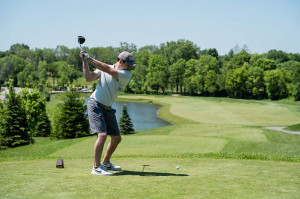 The angle of attack is the steepness at which the club approaches the turf and ball at impact.

Dynamic loft is the angle of the clubface at impact determined by the club in use and the swing.

Friction is generated when the golf ball and clubhead interact. The higher the friction, the higher the spin rate will be.

Many factors will impact the amount of friction generated such as club type, grooves, clean clubface, and more.

The grooves on the driver’s face are shallow and not aimed at controlling the spin whereas the grooves on short irons are designed to create friction by trapping the cover within the grooves for a brief second.

Any impediment within the grooves such as dirt, water, or scratches will impact the ability to generate friction.

Grooves wear out from frequent use and the recommended replacement cycle for a frequent golfer is to replace wedges twice a year.

Another significant factor is the golf ball cover. Softer covers are more likely to fill the grooves thus creating more friction. Hard covers will not grip as much and produce less spin.

The lie of the ball often impacts the ability to create spin. 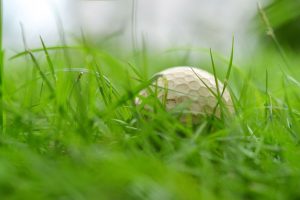 When the ball lies on an extremely tight lie it will be difficult to get the club below the golf ball to generate friction and spin.

A ball that is sitting up on slightly taller grass such as semi-rough or in the rough is likely to encounter some grass between the golf ball and the clubface at impact. This results in the grooves not being able to function to their full capability resulting in less spin.

Dampness or dirt will have the same effect as grass and will impede the full functionality of the grooves resulting in less spin and stopping power on the green.

Golf balls are available in a variety of construction types ranging from a 2-piece ball to the 5-piece Taylormade TP5 golf ball.

The design of the golf ball involves years of research and development to achieve the optimum combination between the core and the outer cover. 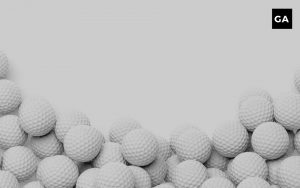 The compression rate is the amount of deformation that the ball undergoes during impact.

Golf balls with a hard-core produce a high compression rating and are least likely to generate great backspin.

The construction of the outer layer plays a far more significant role in generating spin. The dimple pattern combined with the grip experienced within the grooves is the major friction indicator and spin generators.

Making pure contact with the ball before impact with the turf is a good indication of a well-struck shot. This ensures that no dirt is added to the grooves and that maximum grip and compression are achieved.

Generating controlled backspin is an art in itself.

Positioning the ball plays a substantial role in the spin generated.

Maximum spin can only be generated when the clubhead can reach its optimal speed hence the professional golfers have their favorite distances when they lay-up.

The further back in the stance the golf ball is placed, the steeper the downswing resulting in higher ball flight and more backspin. Placing the ball further forward will result in a flatter swing and thus a lower ball flight. It is possible to generate a similar amount of spin, but the trajectory will make it more difficult to get the ball to spin back on the green.

When the ball is placed towards the backfoot, target impact with the ball first and taking a divot after impact. This clean contact will generate height and spin for ultimate stopping power from the fairway.

Shots closer to the green require a different approach though.

Place the ball more to the center of the stance and flatten the swing. Opening the clubface will result in more contact area to create friction. Remember that speed is part of the equation hence the clubhead speed must remain as fast as possible.

This will result in the ball skipping forward on the first bounce and stopping quickly.

Generating spin is important but controlling the spin on shots around the green is the most important part of backspin.

Clubhead speed, spin loft, and friction are the major components in the equation. However, factors external to the swing include the quality of the grooves on the club, the compression ratio of the core, and the softness of the outer core of the golf ball.

Weather conditions and the lie of the ball will furthermore impact the friction and thus the spin that can be generated.

Wedge Bounce – What you Need to Know