Hybrid technology became all the rage after being released by TaylorMade in 2002. However, this was not the first attempt at releasing this technology as similar technology was on display in the 1970s under the names of “baffler” and “ginty”.

Hybrid technology is one of the most influential developments in golf equipment over the last two decades. Mid-to-high handicap golfers or infrequent golfers benefit most from the stability and consistency they get from hybrid clubs.

A survey done by Darrell Survey in 2007 showed that the use of hybrids increased from a mere 7% in 2004 to 30% by 2007. Today that number is much higher than 50%. It is estimated that approximately 85% of golfers on the LPGA tour use hybrids.

It just makes sense to use the best technology available to make golfer a little easier and it is unusual to find amateur golfer that does not carry at least one hybrid in their bag.

The clubhead is a combination of fairway wood (or metal wood to be more accurate) and iron. The larger back of the club provides more forgiveness and more impetus to get the ball airborne and to fly a little further. A higher enables the ball to stop quickly when it lands on the green.

Versatility is the keyword in describing the main benefit of carrying a hybrid in the bag.

Why Hit a Hybrid Over Woods or Irons?

In a previous article, we describe the difficulties in hitting long irons like a professional. The main purpose of a hybrid is to make it easier for golfers to hit long shots due to additional forgiveness found in hybrid technology thus enabling a golfer to use it in various conditions from the fairway as well as the rough. 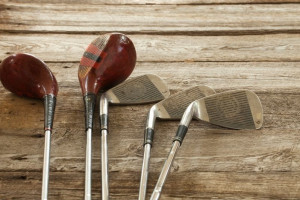 Hybrid clubs are frequently used as a replacement for irons between one iron to a four iron, and sometimes even the five iron. Although hybrid clubs are sometimes marked with a number for example a 3 hybrid or 4-hybrid, the loft designation is a more objective description of which iron the hybrid replaces.

An eighteen-degree three iron is likely to be replaced by an eighteen-degree hybrid. This may create some gaps between the clubs as a hybrid tends to travel a little higher and further than an iron. Since hybrid is easier to hit than long irons, golfers may experience quite a difference in the distances achieved.

Although hybrid clubs are based on fairway woods, they are much easier to hit due to the smaller and lighter club head combined with a shorter shaft. Some golfers still prefer to hit fairway woods. 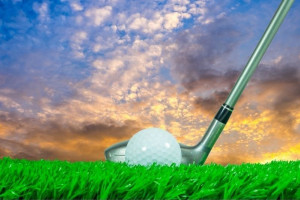 Dustin Johnson recently replaced his hybrid club for a seven-wood claiming that it suits his swing better. Amateur golfers should evaluate the additional forgiveness offered by hybrid clubs before making such a decision.

Another benefit that hybrid technology provides over fairway woods is the ease of hitting a hybrid out of the rough. The bigger clubhead on a fairway wood often gets caught in the long grass leading to poor shots.

How Do You Hit a Hybrid Correctly?

Golfers that have never tried hitting a hybrid club must make allowance for an adjustment period after their first experience. The technology combines the best of wood and iron features therefore needs some practice to fine-tune a swing making the best use of it.

The biggest difference between a fairway wood and a hybrid is the swing path at impact. While fairway woods tend to sweep the golf ball off the turf, hybrid clubs, similarly to long irons, tend to hit a little down on the golf ball at impact with a minute divot.

The clubhead is larger and heavier than any long iron which generally leads to slower swing speed. Once a golfer is accustomed to this extra weight and volume it will feel no different to any other iron.

There is no need to change the swing and push the club harder for extra speed though. The design of the club will offer extra distance. Golfers should stick to the swing mechanics that they have ingrained with hours of practice.

Some of the changes required will form part of the setup at address and teeing the golf ball up on the tee.

As with long irons and fairway woods, the golf ball should be more forward in the stance to promote the sweeping action without compromising the ability to take a slight divot.

Hybrid clubs require a similar stance as the golfer will take when hitting a long iron. Placement of the feet outside shoulder width is recommended. Some recommend that positioning the ball one inch further from the body will enable the golfer to clear their hips during the downswing. 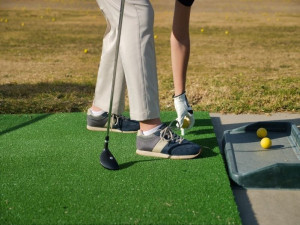 Tee height should be the same as when using a long iron off the tee.

As with long and mid-iron, a slight forward shaft lean will add to the compression of the ball during impact.

Shots off the fairway require the golf ball to be positioned a tad further forward than on the tee. This allows the clubhead a fraction of an inch more to get to the bottom of the golf ball.

The best ball position for a hybrid is to place the ball one hybrid clubhead length away from the target towards the middle of the stance.

Out Of The Rough

Hitting a hybrid out of the rough is marginally different and requires some changes. Add some pressure to the grip and open the clubface slightly to accommodate for the grass catching the clubhead. Furthermore, shots out of the rough require a steeper swing to reduce the distance that the clubhead has to travel through the grass.

What is the easiest hybrid to hit?

Since TaylorMade was the first brand to release the modern hybrid club, they have maintained the edge in this innovative technology. The RBZ hybrids remain one of the best and easiest hybrids for most amateurs to hit consistently.

When to use a hybrid?

Using a hybrid club under the correct circumstances is part of one of the most neglected parts of golf, course management.

Golfers that tend to stray offline with their woods are urged to consider using a hybrid off the tee when facing a tight fairway on a par four or even a par five. Although it may leave a longer approach shot, it increases the possibility of hitting the fairway.

The same applies to long approach shots on narrow fairways where a fairway wood could possibly enable the golfer to reach the green.

When stuck in thick rough and a punch toward the fairway is required, it is sometimes not possible to hit an iron. The ability of hybrid clubs to cut through the rough makes it ideal to punch the golf ball out a fair distance down the fairway without the clubhead getting caught in the rough.

Many a golfer has found that when a golf ball is a couple of yards off the green with some rough between the ball and the green, the hybrid comes to its rescue. The hybrid can lift the ball a tad and get it rolling like a putter rather quickly.

The shaft of a hybrid is similar in length to that found on long irons but the larger and heavier clubhead often reduces the golfer’s ability to generate the normal swing speed.

There is no need to adjust the swing to accommodate the additional weight and loss of speed. The technology built into the clubhead has taken years to develop therefore the golfer can trust their swing and technology to flush the ball off the clubface and hit the ball a little farther than a similarly lofted long iron.

Compressing the ball with a hybrid requires the bottom of the swing arc to be slightly after impact, just like any other iron.

The versatility of hybrid clubs enables golfers to use them from the tee, fairway, rough, and even putting from just off the green.

As a replacement for long irons, they sure made an impact. Although they are easy to hit and extremely forgiving, they may lack the workability that great ball strikers require from their irons.

Available mainly in lofts varying from eighteen to twenty-four degrees some manufacturers offer a wide range of hybrids that can replace nearly any club in the bag.

Enjoy swinging hybrid clubs with renewed vigor and success on the fairways.

Feedback and opinions will be highly appreciated in the comments section below.

How to Consistently Break 90

Bryson Dechambeau – Whats In The Bag?

Bryson DeChambeau has set a course to change the way golf is being played with his scientific approach to all aspects of golf ranging from physical fitness to club length. This has...

Patrick Reed was born in San Antonio, Texas, and found success on the golf course early in his life. In 2006 at the age of 16, Reed won the Junior Open Championship...

Of all the accessories and tools in golf, one, in particular, seems to go under the radar for most amateur golfers because of a lack of knowledge and experience. That is lead...

Phil Mickelson is rated as the greatest left-handed golfer of all time and has the statistics behind his name to prove it. Having won on all the professional tours, including winning his... 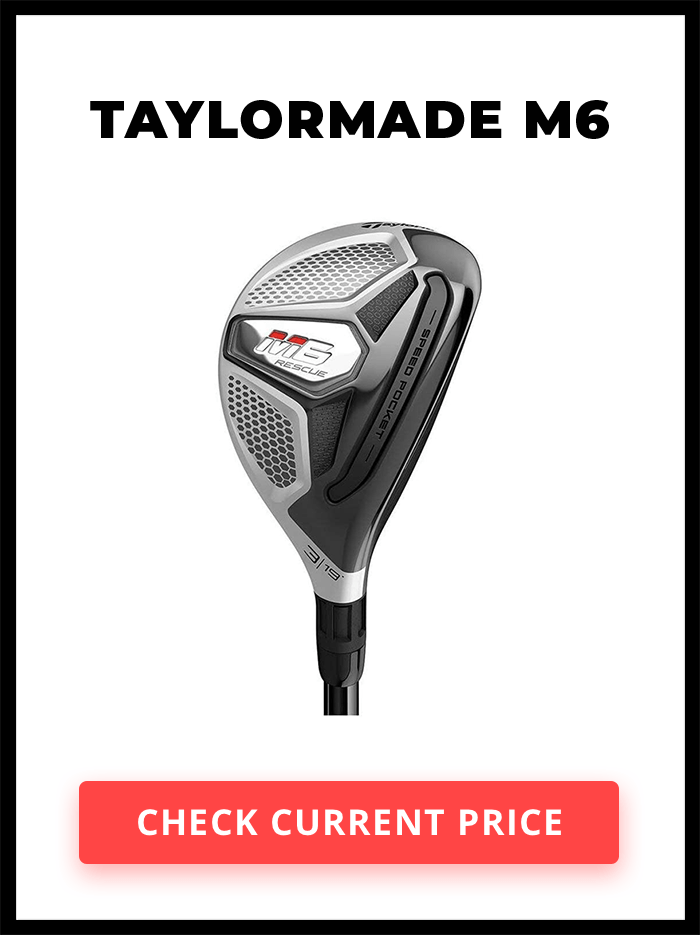